Sketches of a road trip top north-western New South Wales. This trip was done over 6 days to the opal mining town of Lightning Ridge.

The work Anigozanthos m family Haemodoraceae, Red and Green Kangaroo Paw, is the subject of this piece. Its’ selection was inspired by a talk given by Professor Stephen Hopper (WA University) on the Ocbil theory as a way forward in assessing landscapes. The theory is based on indigenous approaches to the land rather than western scientific ones. Research was done in the region to the south-west of Perth.

Scientific/botanical illustration/art is a European tradition with certain conventions. The concept is to show how a European binomial system of nomenclature (Linnaean) has colonised Australian landscapes. It is not a critique of this universal system, rather a lens by which to see the impact of how a foreign convention spatially and intellectually superimposed on plants works in an unrelated, non-European environment.

The question that I posed then was what are the meanings of the names given to the plant using the European naming system? The story and meanings of the European botanical name overlays the formerly unheard/unknown indigenous names of the plant given by the local Noongar (Nyonngar) people of the south-western corner of Western Australia. From these descriptions and meanings develops a story that forms an alternative representation of the plant. The work dissembles then reassembles the plant into a complex and layered representation of place using the landscape as a back drop for the work.

The representation of the landscape and plant is influenced by the non-humanist approach of contemporary Australian artist, John Wolsely, who views the landscape from within rather than from afar.

Tanya Brereton’s, “The Killing Streets” tells a chilling story about serial killers in Sydney, Australia, mainly in the Depression era. In a radio interview, the author was captivating in her description of young women from the “unfortunate class” who became prey to violent murderers.

The murders occurred in the area near to where I live and other areas that I am familiar with. Her book is the inspiration for a series of works exploring the vulnerability of women and how disposable they are.  The following images are some experiments playing with these ideas.

Now that everything has gone online in the art world along wiht everywhere else, where do you start your gallery hopping?

Here are a few to start with in Sydney’s eastern suburbs.

NAS has a whole range of activities and exhibitions online to check out including:

Gallery links across the globe and much much more! 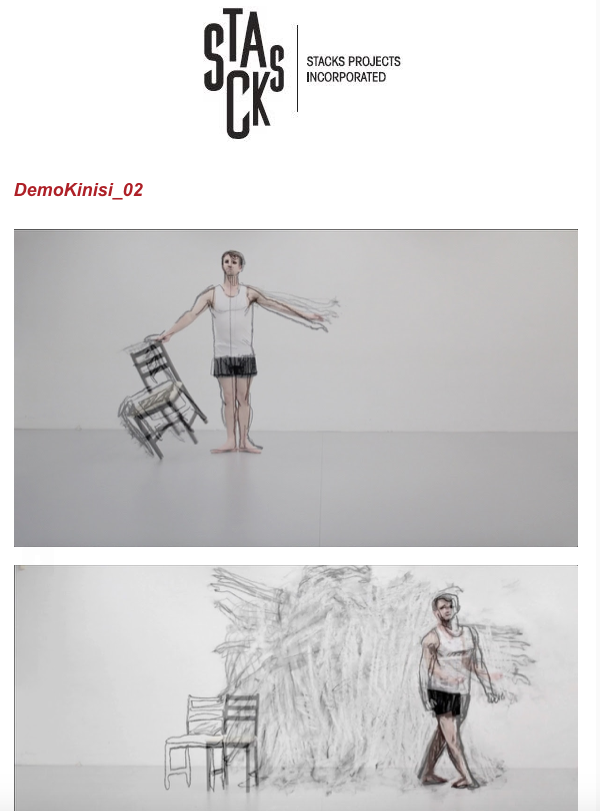 There are two main themes in my recent work: 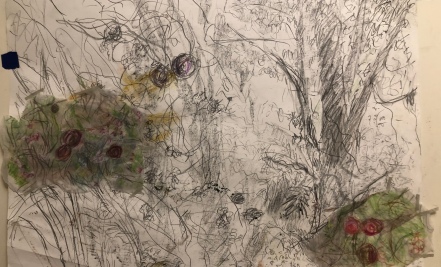 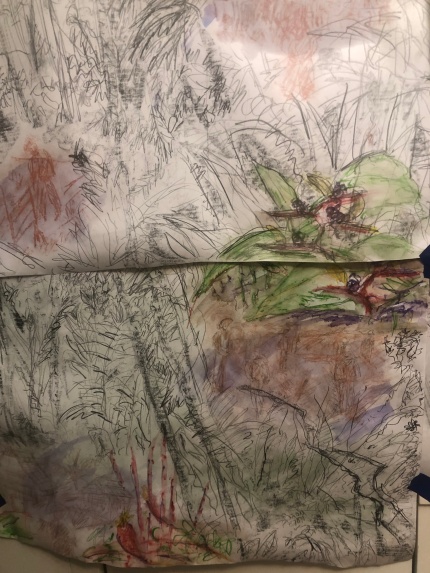 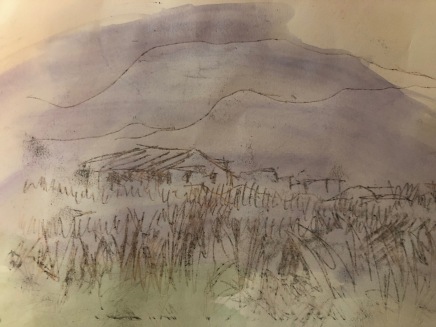 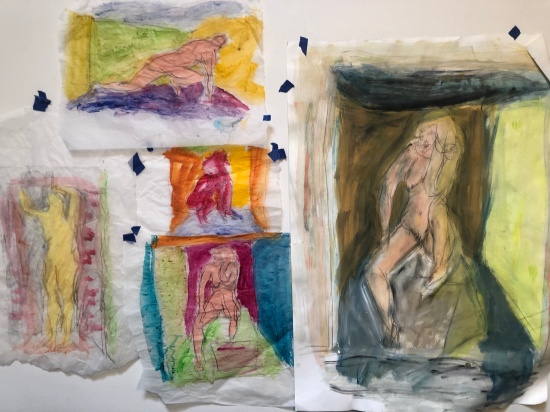 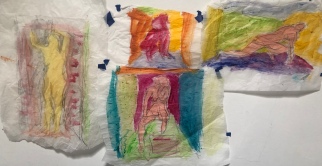 Sydney Contemporary is becoming embedded in the Sydney art calendar now. This year’s art fair held at Carriageworks, had a great representation of established and newer galleries, Artist Run initiatives (ARI’s) and galleries from Singapore, Japan and New Zealand. It was also refreshing to see work from other states such as Western Australia and Tasmania as well.

For the past few months, work has focused on a climate change project.

Simon Schama’s remake of Kenneth Clarke’s book and television documentary series, Civilisation (1969), Civilisations episode 1:3 was screened on SBS TV in 2018. He looks at the work of Pieter Bruegal the Elder (1526-30-1569) at the Kunst Historiches Museum, Vienna amongst other master pieces. Schama refers to three main works, The Gloomy Day (1565), The Return of the Herd (1565) and Hunters in the Snow (1656) all done for the same patron’s house. The narrative is not about nature but rather the philosophical relationships that humankind has with nature and people; that there is a universality to the human experience.

There has been a fundamental shift in the relationship between  God/religion – nature – man since the 1500’s. Climate change is an example of a crisis of technology; its impact on nature is undeniable.

The project looks at this shift as it pertains the seasons and contemporary Australian climate. These are the works that the project will be based upon. 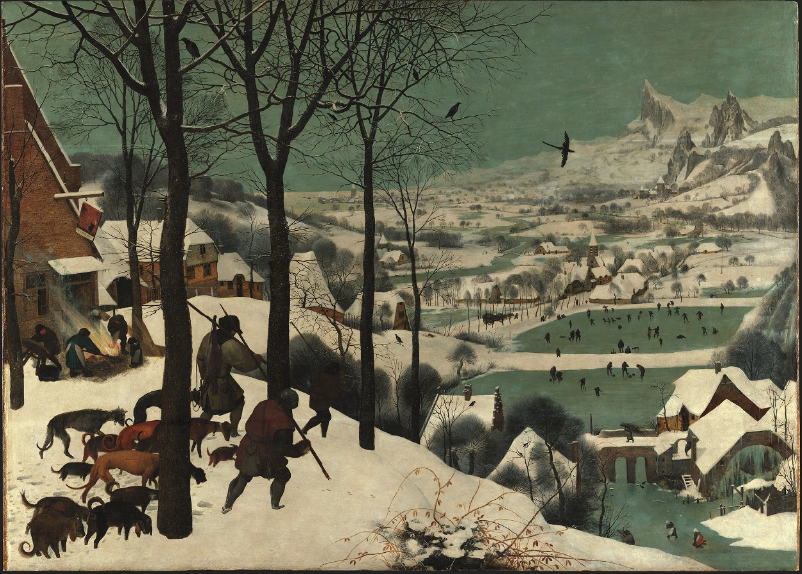 Hunters in the Snow

The Return of the Herd

The dichotomy between what is Australian and what is not Australian is explored by a range of Australian artists at Artspace. They look at ethical, moral, social and historical dimensions amongst others. They are largely challenging the colonial narrative and over-laying it with a First Nations reading of it.

For what is now a pejoritive expression, after former Prime Minister, John Howard used it to embody Australian values,  ‘un-Australian’ is now embraced as complimentary. It is addressed head on by various artists especially Soda Jerk in their brilliant film,Terror Nullius. Being un-Australian is a device that is used for political purposes and  those who are challenging the status quo. As that changes so does its’ connotations. 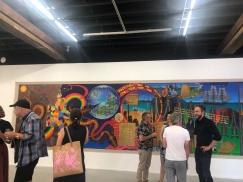 Tony Albert
Posted on January 16, 2019 Posted in UncategorizedLeave a comment

It’s always such an insight into cities when you go to small coastal places no matter where you are in the world. On Australia’s mid- north coast around Stuarts Point and Grassy Head where the Macleay River branches out into salt water lakes and the beaches are endless. Which is true of much the coastline as well.

Stuarts Point is a stand out as the old beach/holiday houses are so intact and there are so many wonderful DIY touches and details that are so personal and functional like the ones shown here. 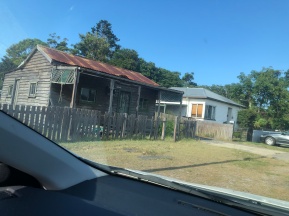 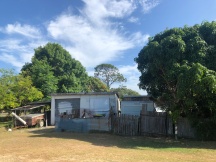 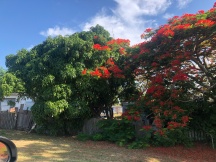 National Art School in Darlinghurst, Sydney, held its Class of 2018 Exhibition from 6-16th December 2018. There was some great work and the works were on sale online Here is a selection of works by the talented artists from all disciplines. 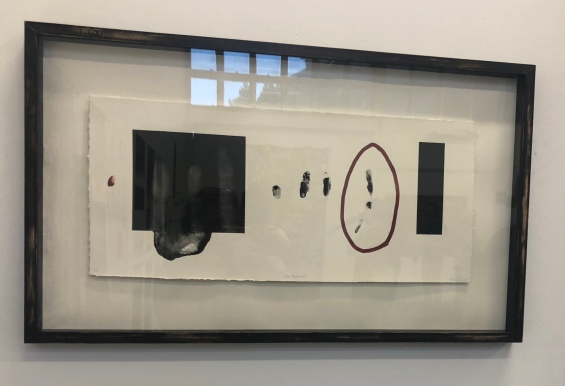 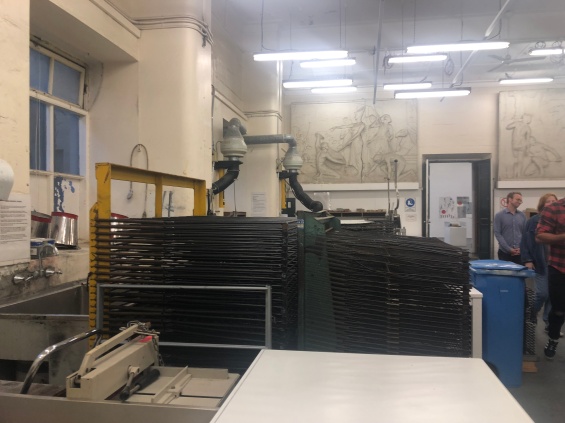 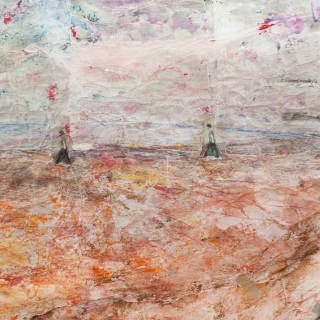 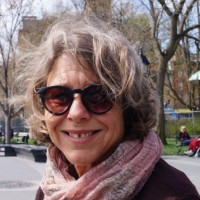 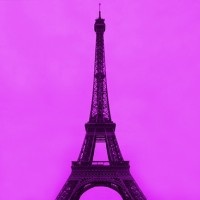 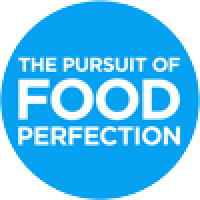 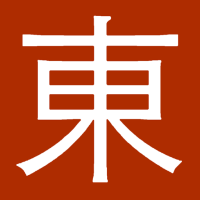 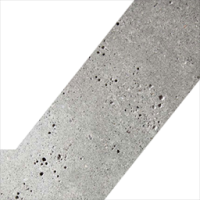 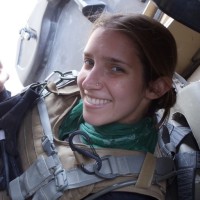 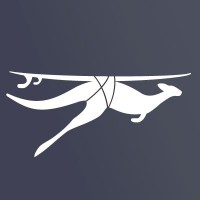 Sarcastic girly nerd that talks about anything Anime, Manga, Game related that is of interest.

Notes on art, urban life and the environment

great Paris walks on and off the beaten path

The Pursuit of Food Perfection

Reviews of East Asian Art, in and around the San Francisco Bay Area